The History Of Primobolan 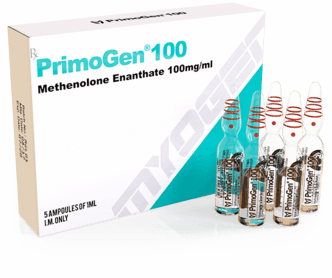 The base formula for primobolan was first released in 1960, and it wasn’t long before pharmaceutical giant Squibb then started to produce the first “usable” version in 1962 for the American market – this initial version was methenolone enanthate, and went under the name “Nibal depot” at the time.

Later that same year, they released the oral Acetate version which went under the name “Nibal.” Both of these products saw an incredibly limited production run as Schering soon bought all rights to the methenolone hormone in the mid 1960’s.

This is when it’s commercial name was changed from Nibal to “Primobolan” for the oral variant, and “Primobolan Depot” for the injectable variety – these names have remained popular ever since.

Once Schering acquired the rights, primo was marketed as being their “flagship” steroid – they made sure to highlight its low risk vs reward ratio when it came to sustaining lean tissue and ensured that it became a nationally “exclusive” product.

This exclusivity lead to it being pulled from the American market completely; it has never officially returned since, though interestingly the compound is still FDA approved for human use in the states.

Doctors from the U.S special ordered (at the time) and still continue to order primobolan in for medical administration as despite being pulled from the market (in America) its results in terms of lean tissue sustenance are still considered to be excellent.

It was for this primary benefit that it was applied to patients during the 60’s as a means of counteracting muscle wasting diseases. It also gained popularity as a means of:

For those who struggle with both highly androgenic and / or highly estrogenic compounds, primobolan was and still is an excellent choice for stopping muscular “decay” amongst the other positive benefits listed.

This can take place with a number of conditions, though some of the worst examples would be the AID’s virus and various forms of cancer. So mild in fact is the risk of adverse issues on offer here that primobolan has even been known as a steroid option for women and children within a medical setting.

Throughout the 60’s, it continued to see widespread popularity for the above reasons and it wasn’t long before the bodybuilding community noticed its desirable effects. This lead to it being integrated into both cutting and even bulking cycles at the time (though unless you were a female, using it in this latter capacity would prove somewhat fruitless unless you were performing a very scientifically calculated “dry” bulk which would have been unlikely during this era due to the lack of knowledge available.)

It was actually as a result of its integration into the bodybuilding community, especially as the 1970’s came around and its popularity spread that the product ended up receiving its biggest marketing campaign…though it wasn’t intentional. According to legend (and there never has been, nor will there ever likely be any proof in regards to this common belief) primobolan became one of Arnold Schwarzenegger’s favourite steroids.

There is absolutely no doubt whatsoever that Arnold will A have been aware of primobolan, and B probably experimented with it at the time along with the likes of dianabol, testosterone and growth hormone. These elements you could probably attribute as being unconditionally true. However, in regards to it being one of his favourites; we’ll simply never know.

It’s completely feasible that he would have used it to cement his gains in place during a cutting phase and his lean physique (along with the physiques of other high level bodybuilders at the time) would almost definitely have required DHT derivative steroids to acquire. This is due to the fat that (when stage ready) many of these athletes were coming “in” (reaching their peak condition) weighing in at around the 200 – 220lb mark and carrying roughly 10% body fat and a tremendous level (at the time) of dryness and vascularity.

Without going too in depth on the science behind lean mass indexes and comparing natural physiques to “unnatural” physiques, acquiring this level of lean tissue and dryness (or rather, keeping it in place) whilst dropping down to the 10% or below body fat mark is nigh on unachievable without using DHT (or comparable) steroids to enhance nitrogen retention and muscular dryness / conditioning.

Some will likely point to the infamous Steve Reeves as a contradiction of this belief; allegedly a lifetime natural bodybuilder and winner of 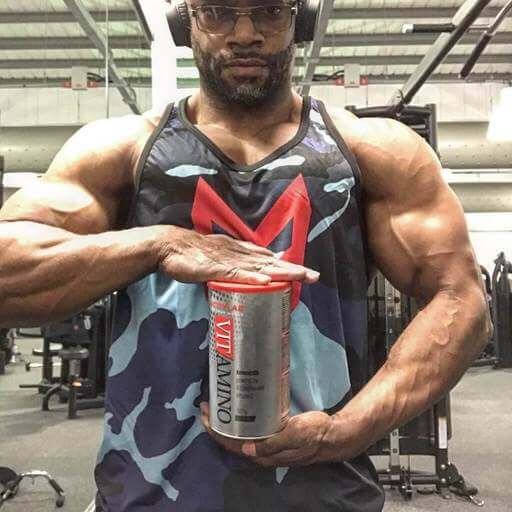 Mr America in 1947 at the age of 21. He was six foot one, weighing in at 215 lbs and displayed what was (at the time) a completely unthinkable physique. His body fat looks to have been roughly around the 10% mark though it held a little water, thus masking his true visibility to an extent. Why then could Steve achieve a similar, highly muscular and “visible” frame naturally before the rise of DHT steroids whereas others couldn’t?

The likely explanation is somewhat dark and seemingly cynical, but it is still valid nonetheless; he was probably one of the very first users of testosterone. Testosterone had been around for at least a decade before Reeves came onto the aesthetic scene, and its androgenic properties would lead to water retention through its conversion into estrogen and subsequent estrogenic side effects.

Being that Steve was 21 at the time (meaning his natural hormonal output was at its peak) and a natural mesomorph; taking exogenous testosterone effectively could without doubt lead to the attainment of his physique at the time. Though this opinion will likely go against the common grain to an extent, please bare in mind that even Arnold Schwarzenegger claimed to be natural for decades before coming clean.

This is not to take away from Steve’s achievements; his hard work and dedication lead to one of the most iconic body’s of all time manifesting – this element has simply been raised to highlight the fact that mathematics and biology typically dictate (this excellent lean mass calculator and natural / unnatural physique analysis provides one of the best series of guidelines on the subject available) that anyone weighing over 205 lbs and carrying 10% body fat or less had “help” to get there.

In the case of Arnie – he was visibly far more cut than Reeves (by a fairly wide margin) despite weighing in at a similar body weight (within 5 lbs) and this will have been in no small part due to the rise of DHT derivatives during the 60’s and 70’s, of which primobolan was arguably the most popular. It doesn’t take a rocket scientist at this stage to assume that Arnie probably turned to it as a go-to choice for cutting.

The same logic that implies Reeves was indeed “juicing” also implies that Arnie used primobolan – it was simply the most relevant means of him sustaining his mass and achieving enhanced dryness / vascularity at the time. It fits the era and scenario almost perfectly.

The problem with this is that due to Arnold even being associated with it, this has lead to a great deal of widespread confusion over the years in regards to its effectiveness. It’s more than likely also the reason why it became so tremendously popular (it has never quite managed to shake off the Arnold “connection” – a similar scenario can be observed with clenbuterol and the “erroneous” hype that ultimately lead to its widespread fame.)

Many individuals have come to their own conclusions about the effectiveness of the product, with some even claiming that it is highly anabolic – no doubt due to the belief that Arnold “built” his physique with it. It has actually gained somewhat of a cult following, and it is considered to be (at least for cutting) the most popular injectable steroid on the market by many.

In truth, there is simply no conceivable way that Arnold built his physique with primobolan – though this is speculation, it will almost definitely have been built through a combination of excessive dedication to training and nutrition (which he had) in conjunction with (at least) testosterone and dianabol.

The primobolan will simply have come in as a means of visibility enhancement (if of course, at all…) Regardless of your personal beliefs in regards to any of the above, what we can accurately discern without doubt is that primobolan use in the bodybuilding community lead to athletes turning to it as a means of enhancing their physical performance.

It saw moderate use within the athletic community throughout the late 70’s and 80’s. Notable effects for an athlete are that primobolan can moderately enhance strength and endurance in conjunction with muscular recovery (through its effects on nitrogen retention) without presenting any obvious changes in physique. This makes it difficult to detect without a dedicated test. 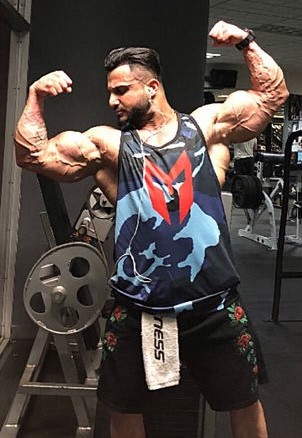 Sadly, through its (by then) fairly notorious association with the bodybuilding community and its known ties to the athletic community, primobolan was one of the almost endless list of anabolic steroids that suffered from public “execution” when the enormous turinabol doping scandal (please see the separate turinabol profile) came to light in the 1980’s / 90’s.

This lead to the condemning of almost every anabolic steroid in existence, and the majority of manufacturers chose to actively discontinue production of any compound that was known to be used in either circle. Some simply ceased production in the states, whereas others stopped manufacturing their compounds full stop. Schering chose to cease production of primobolan altogether and it was pulled from all commercial markets in 1993 as a result of increasing pressure from the FDA.

For pharmaceutical purposes, Schering still produces a small quantity of primobolan in countries like Japan, Turkey, Paraguay and Ecuador – on the whole though, it’s distribution and production should be viewed as officially “ceased” if you’re a member of the general public. It was in 1993 that underground laboratories then elected to “carry the burden” and produce primobolan for sale to the general public / bodybuilding communities.

It was at this time that we saw the very first incarnation of methenolone acetate manifest in injectable form. Previously it had only been available for oral administration, albeit at the cost of efficiency. This means that any injectable primobolan acetate variant you encounter is purely a product of the black market – there never has been and likely never will be a pharmaceutical grade version of injectable primobolan acetate.